I is for Industry

Industry Through the Years in Dungarvan

For centuries Dungarvan was a notable fishing town exporting fish throughout the British Isles and to the Continent.  In days now gone, the town boasted a large fishing fleet and a busy port which thrived right up until the 1980’s.

Dungarvan kept in step with the Industrial surge. Dungarvan Gasworks was established in 1858. Powers Brewery opened its doors in 1919. The Dungarvan Creamery was founded in 1921 which bonded the town with its agricultural surroundings. Dungarvan Creamery became Waterford Foods and with a merger in 1997 morphed into the now worldwide and successful Glanbia. Dickens Leather Factory a thriving tannery opened in 1935, serving the town until the 1980’s. Waterford Crystal opened a factory in Dungarvan on July 28, 1972. A great source of employment in the town until it closed its gates in 2009.
The town is the home of Radley Engineering, the company responsible for manufacturing the Spire of Dublin and let’s not forget the Dungarvan Brewing Company producers of Helvick Gold Blond Ale was launched in April 2010

Some of the other big shakers and movers in Dungarvan today are:

GlaxoSmithKline one of the world's leading research-based pharmaceutical
and healthcare companies, producing leading brands of consumer products for worldwide distribution. GlaxoSmithKline employ more than 700 people. MicroBrush International for its dental equipment and Microchem Laboratories, a Biological
and Chemical Testing Laboratory.

Hi Ann - I hadn't realised it was where Waterford Crystal was situated .. and there's lots of interesting history and industry around. I was hoping to visit back in the 70s...

Then your Grand-Dad .. now we know where your love of words came from!

A historical record of industry throughout Ireland and Britain .. still it looks a lovely town now ..

Cheers - I enjoyed this .. my kind of post! Hilary

Aw. Your granddad? How sweet! My grandpas were a doctor and a very successful cattle rancher--two completely different worlds.

How cool is that? You're granddad was a leader! mine, well, I don't know much about them. I do know one was a Steeler (he worked in the steel mill in Pittsburg) the other, um...well, I don't know what he did in his younger days. Sad really, to have lost all touch with them when you can really converse with them.

Jamie Dement (LadyJai)
My A to Z
Caring for My Veteran

How is the town doing lately? Looks like a nice location with the waterfront.

a visiting A to Zer 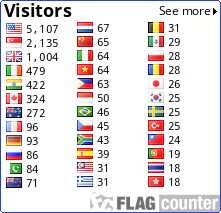